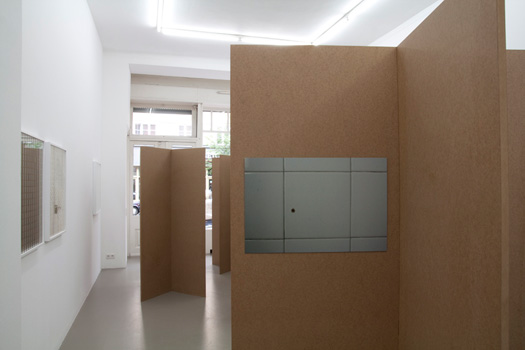 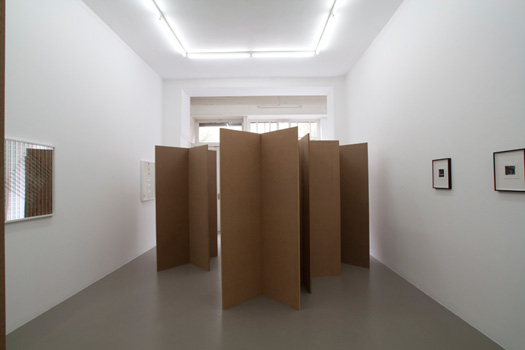 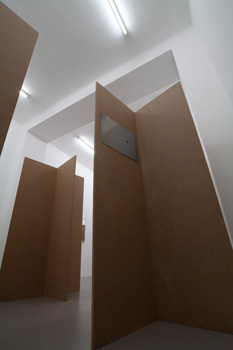 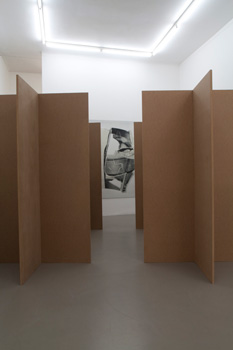 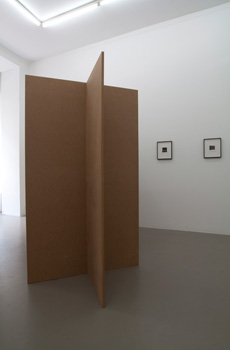 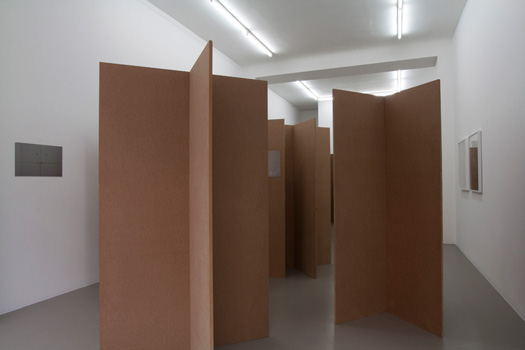 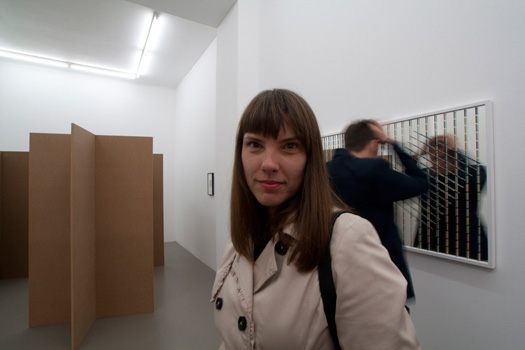 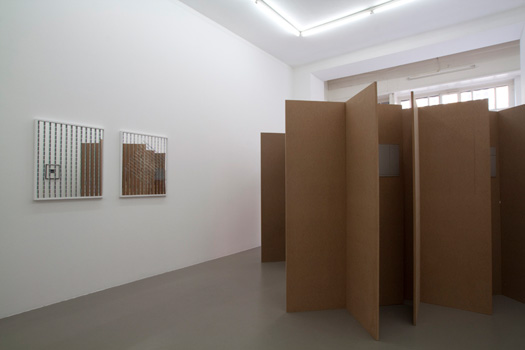 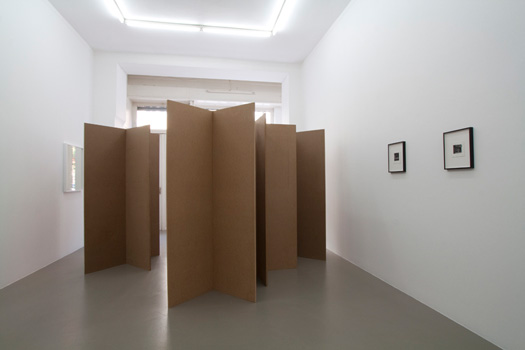 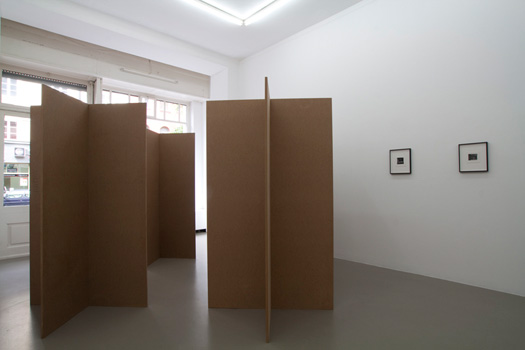 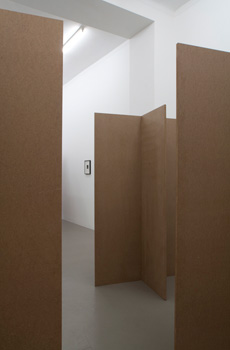 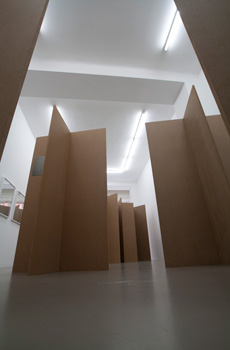 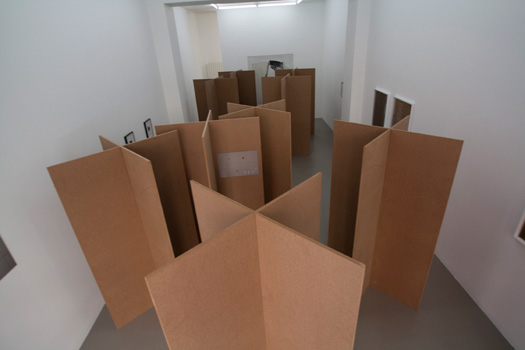 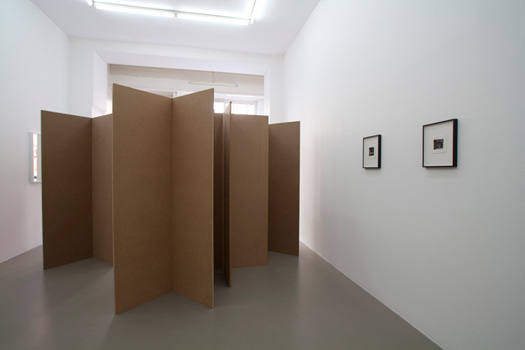 Characteristic of the XF-format are the intersecting x-shaped modules, which have a multiple function within an exhibition context. They exist as independent objects (sculpture), as freestanding discrete architectural spaces, as a straight forward display system. Within this classical white gallery space, they problematize the viewers relationship with that space, and similarly with the images/objects shown within this modified environment.

Here you are invited to engage with the physical space of the gallery and the space created by the X modules and furthermore to consider the architectural spaces referenced in two series of images deployed throughout both spaces.